RECOGNITION OF PRIOR LEARNING – A NEW WAY TO QUALIFICATION

In order to implement project activities within the IPA 2014 Project “Development of an integrated system of national qualifications in the Republic of Serbia”, which relate to piloting the procedure of recognition of prior learning, an initial meeting was held on October 22nd with principals of thirty schools from all over Serbia.

The system of recognition of prior learning (RPL) is part of the national framework of qualifications and an innovation that should be introduced in the education system in the coming period. It is a procedure that enables the skills and knowledge acquired through non-formal education or many years of work experience to be assessed, evaluated and confirmed by obtaining a public document on the acquired qualification.

Preparations for the introduction of the RPL procedure are being carried out by the Ministry of Education, Science and Technological Development (Ministry) in several steps, the first of which is the piloting of the proposed solutions and procedures. With the support of the project “Development of an integrated system of national qualifications in the Republic of Serbia”, various documents and guidelines were prepared, as well as the Draft Rulebook on standards and the manner of conducting the procedure of recognition of prior learning. In cooperation with the National Employment Service, the most common occupations in which potential candidates for RPL work are analyzed, the qualifications to be included in piloting were selected and proposed, and a number of factors were considered when proposing piloting schools, including school verification for certain areas of work and representation of schools from different districts in areas where a large number of potential unemployed candidates have been identified.

At the initial meeting, representatives of the Ministry, the Institute for the Improvement of Education and the experts of the project “Development of an integrated system of national qualifications in the Republic of Serbia” presented the framework for the procedure of recognition of prior learning. School principals received detailed information on opportunities and ways to acquire qualifications, phases of the RPL procedure, planned project steps and support that will be provided to them, in order to be ready to first engage in piloting, and then in the systematic implementation of the RPL procedure.

There is a potential risk that high schools will close, because we have a decreasing number of students from year to year, while at the same time there is a need to work with adults and implement the concept of lifelong learning – pointed out Ministry representatives, recalling statistics that inexorably indicates a decline in the number of students from generation to generation.

Faced with similar challenges, schools in many European countries have already done so, the project experts reminded, emphasizing that in the future, schools will have to adapt faster to social and technological changes. – Schools will become centers of lifelong learning, they will have to be available for all generations, for various forms of acquiring qualifications or parts of qualifications, for non-formal education, career guidance and counseling. They will have to be ready for changes and investing in their resources – the project experts concluded.

When it comes to the next steps, after the consultation process with the partners, the schools will form teams for RPL. Then, intensive trainings will be organized for them which will include the development of tasks for testing candidates, assessment and quality assurance of the RPL process, which will be implemented by experts from the project “Development of an integrated system of national qualifications in the Republic of Serbia”. The assessment of the first candidates and the verification of the acquired qualifications are planned for 2021. 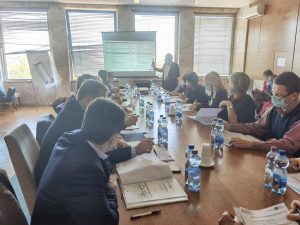 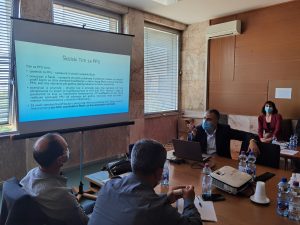 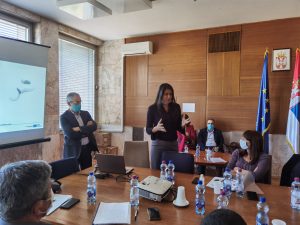